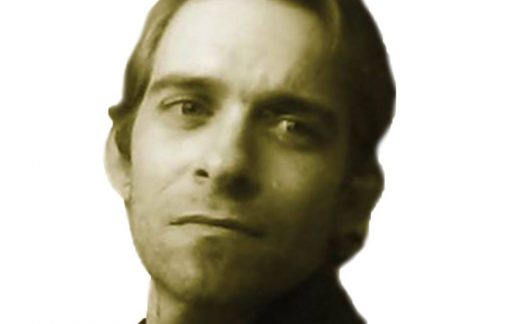 Was born in Sterling, VA in 1981. Relocated to Orlando, FL in about 1989 with my family. I graduated from high-school a year early in 1998, and attended college at Shenandoah University, beginning at the ripe-old age of 17, paid for by talent and scholastic scholarships, as well as a Federal Grant to compliment the scholarships. I chose the ever-so-practical major of Classical and Jazz guitar with a piano minor. (Yes, I still had to take scholastic courses as well), but I obviously use my expensive college education and experience on a daily basis, so it was worth every penny (SARCASM!), which I’m still paying for due to the interest on the loan… I suppose I did pick-up some worth-while stuff at University, although I’m not so sure it was worth $36,000 / Year.

Over the years I’ve worked in a variety of fields including the service industry, sales & marketing, consulting, graphic design and general construction work; depending on the phase in my life you’re looking at. I started a home-based business in around 2010, which picked-up very quickly and I was able to quit my job as assistant manager at a well-known “all-you-can-eat” pizza joint in Fayetteville, NC ~ Working from home full-time via Elance for several years thereafter.

Ultimately became a globe-earth skeptic in around April of 2015 after being hit by a car on my motorcycle the previous October ~ and NO, I didn’t get any brain damage ~

I ultimately became a vocal Flat Earth proponent starting around May of 2015, when I released my first YouTube video on the topic. Since that point, my home-based business has essentially crashed and burned, and I currently do not have any clients. I suppose that makes me a full-time Flat Earther, although I do work outside the home through a temporary agency from time-to-time, and continue to bid on projects through Up-Work, which is the conglomeration of Elance and their competitors.

I don’t blame the corporate evaporation of Elance, nor my vocal support of the STATIC PLANE truth for the sudden failure of my business, however I don’t rule out the possibilities either. There are people out there who have a prime-directive of ruining the lives or discrediting FLAT EARTH proponents, and it’s not too hard to figure out which Jonathan Christopulos I happen to be. As far as I know, I’m the only person with that name in the United States ~ unless one of my many cousins had a child I’m not aware of and named them Jonathan. But I’m not exactly lucky-enough to have a common name like Jon Smith… That sure would be nice, haha.

Over the last two years (as I write this), I’ve completely re-evaluated everything I’ve thought to be true my entire life. Although I have gone through some really quite terrible and trying times over this period, I wouldn’t trade the revelation of truth, knowledge and experience I’ve gained for the entire world. If I had it to do over-again, I’d wouldn’t change a thing.

The revelation of FLAT EARTH is something that changes people (for the better) for the rest of our lives, so promoting and spreading this truth is extremely important ~ even the primary focus of my life, in spite of the (often) adverse effects it has on my business or personal life. This truth is so important to share, because ALL other deceptions of this world begin with the nihilistic viewpoint which stems from the Copernican principle and the heliocentric theory in General.

It is my goal to help people realize the world is a special, central, incredibly unique and wonderful place to be cherished and protected; as opposed to a speck of insignificant dust orbiting a mediocre star in a mediocre galaxy; which is the prevailing (absurd, nihilistic) paradigm of the majority of the world at large. I believe the tide is turning for this revelation, as the truth will never be defeated by lies. At the point where the truth is violently opposed it will soon be accepted by all as self-evident. I’m very glad to be a part of this revelation of truth, and I believe we’ll see a major upheaval of this nihilistic society; to be replaced by a society governed by a premise of love, respect and equality, as opposed to corpo-fascism and ultra-capitalism, which are the ruling laws of the secular world of our era.

We did not create the era we’re in, however we can change the tone of this era, and change future conditions for the children yet to be born who will follow; not in deception and hyperbole, but in truth, love and harmony with the world and God.